In the Land of the Flying Penis 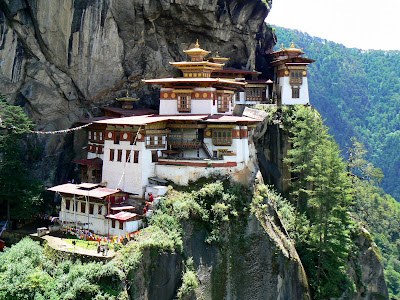 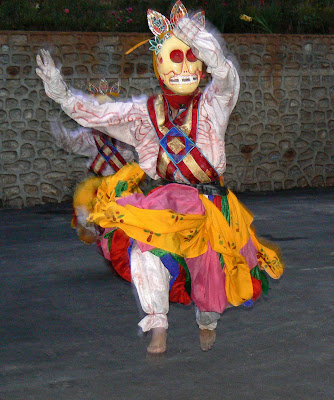 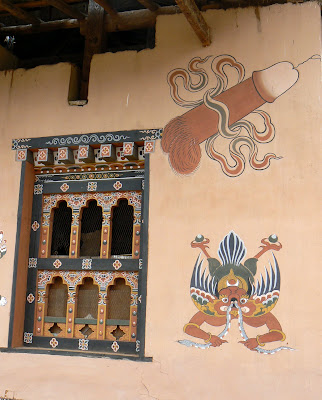 Last month I was travelling in the weird and wonderful . Officially the happiest country in the world and arguably also the strangest and most beautiful, this Shangri La tucked away in a sheltered niche in the , is a true land of superlatives. I’ve always been reluctant to name a favourite country, perhaps because I’d never been here before, but now I’d have to say is it.

This tiny country on the southern border of is ruled over by a king on the principles of Gross National Happiness. The last king, who abdicated in 2008, was married to four sisters. Why marry FOUR sisters you might ask. Well, the reason is because the fifth one refused to marry him. Here you will also find the cult of the Holy Madman, whose symbol is the flying penis, usually with a ribbon on it. Apparently, he preached to his followers wearing nothing but a ribbon around his organ. His sexual prowess was legendary as attested to by a vast number of the kingdom’s women. Nowadays, you will find depictions of his erect penis painted on the walls of many of ’s houses and wooden carvings of it above doorways. You will often look up and see one above your head.

The scenery, architecture and culture of Bhutan are all stunning.