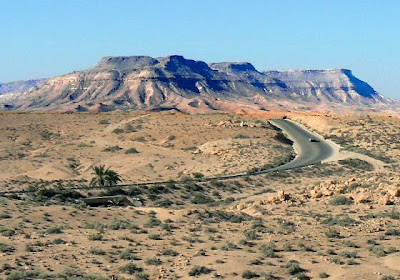 The road to the Sahara. Libya is the 4th largest country in Africa, and, apart from the narrow Mediterranean coastal strip where nearly all of the cities and people are concentrated, most of it is desert. 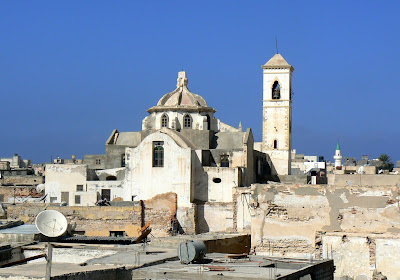 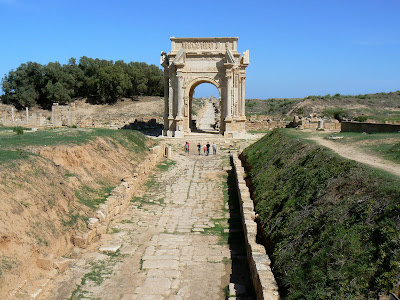 Leptis Magna. Libya has some of the finet Classical Roman and Greek archaeological sites in the world. But, controls on visas and independent travel have limited tourism. 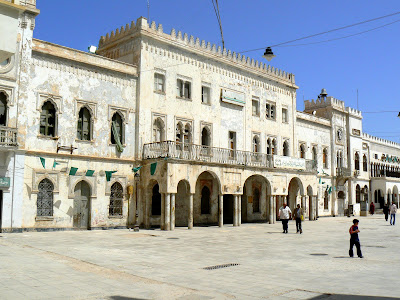 Freedom Square, Benghazi These old Italian colonial buildings have deliberately been left to decay by Gaddafi but they haven't been replaced by any new development so the country has been in limbo. 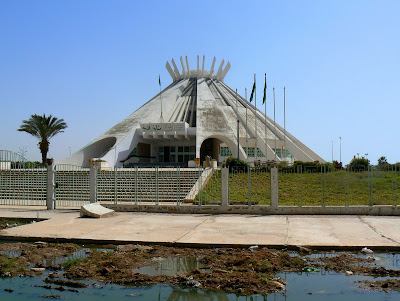 The Green Book Centre, Benghazi. This is one of the few modern buildings. It houses a library devoted to Gaddafi's Green Book. The street in front of it is notorious as one of the smelliest in the world. There has been little or no investement in infrastructure in Benghazi. Rubbish piles high in the streets and sewage oveflows. 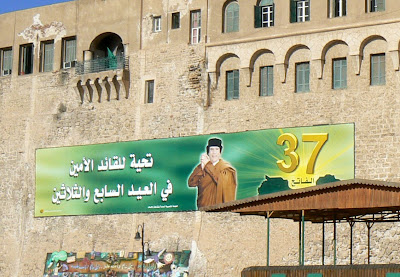 The Gaddafi balcony, Green Square, Tripoli. This is the balcony from which Gaddafi gave his speeches. 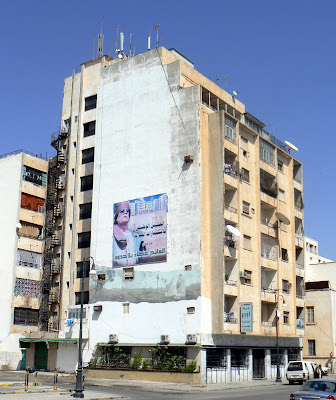 A typical Benghazi apartment block with its obligatory Gaddafi poster. These posters have all been burnt in the past few days. 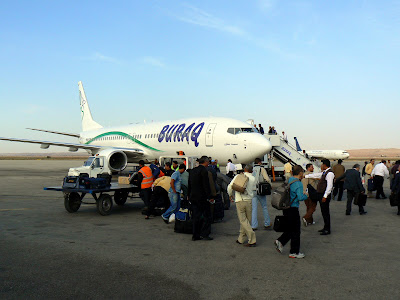 I lived in Libya from 2006 to 2007. I have been watching the scenes of the revolution on TV, and it is little changed from then. In fact, the country hasn't really developed much since the Italians left. It has simply been left to decay. For such an oil-rich country, this is a travesty. You can understand why the people are so unhappy. I hope that after they overthrow the Gaddafi regime, they will be able to improve their lot.

I haven't included pictures of Libyan people, because I'd already posted them here: