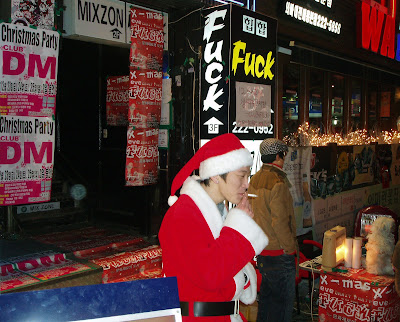 One day I should sit down and count how many different countries I have spent Christmas in. I guess that it would be around twenty, including one, Saudi Arabia, where Christmas was actually illegal, and I was an outlaw Father Christmas wearing a contraband Santa Claus outfit borrowed from a Saudi princess. One of the best Christmas Days was in Kiev when the worst of times turned into the best of times, after my passport, credit cards, keys to my home etc, which had been stolen on a crowded metro, were returned to me. This made the blue and red Santas competing for business of any kind in the main square seem more appealing.

I once saw one of the guards at the eternal flame in Moldova being kissed and hugged by his girlfriend to keep him warm, while the other one stood to attention, but perhaps the strangest sight I ever saw was in South Korea where I saw a smoking Santa standing in front of a place called the F--k Club, watching a performing dog being warmed by a portable heater.

This Christmas was spent on a beach in Oman, with Swedish tourists, eating king prawns, mussels, roast turkey and an outstanding Christmas pudding cooked by an Indian chef, whilst watching Russian and Philippina entertainers. 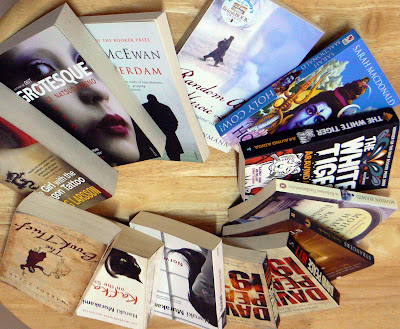 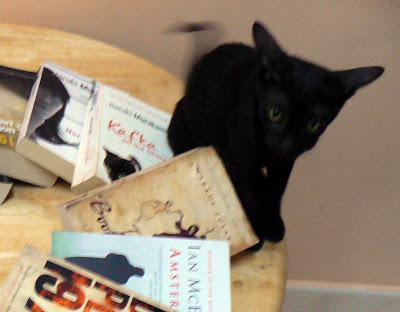 The theme of this week's Corner View is Books. Paul Theroux wrote in one of my all-time favourite travel books, The Great Railway Bazaar, "I can never watch a train go by without wishing I was on it"; I, on the other hand, can never walk past a bookshop without wishing I was in it. I have had a love of books since my uncle first taught me to read. Yes, I can remember vividly the actual day I learned to read; when all of those confusing letters, dots and pattterns suddenly fell into place for me and conveyed meaning. From that day on I was hooked. By the age of twelve I had exhausted school books, and was working my way through the local library, where I embarked on reading the complete works of every great writer I had ever heard of, including my two favourites at that time : Graham Greene and John Steinbeck.

It was there in that small town library I first encountered the travel books which were to have such a great influence on the rest of my life, including what still remains my favourite book ( I have read it twelve times): As I Walked Out One Midsummer Morning by Laurie Lee. I always feel sad when one of my favourite writers dies because it means he will never write another book, but I felt a particular sadness when Laurie Lee passed away because I always hoped that I would meet him one day and thank him for writing such wonderful books.

Here, in no particular order, is a selection of my favourite books:

Cormac McCarthy - All The Pretty Horses

J L Carr - A Month in the Country

Haruki Murakami - Kafka on the Shore

Kazuo Ishiguro - The Remains of the Day

Laurie Lee - As I Walked Out One Midsummer Morning

In the photos above you can see what I have been reading lately, and my kitten, Sid, who loves paper and looks like he has just sprung to life from the cover of Kafka on the Shore. I actually found him outside a supermarket pushing a ball of paper around, picked him up, took him home, and now we share a love of the printed page. Coincidentally, the uncle who taught me to read was also called Sid, but to be honest that's not the reason why we gave our kitten that name. For a long time we just couldn't think of a suitable name for him, but every time he did something naughty, my wife shouted something at him which sounded a bit like Sid. So, now that he has a name, instead of telling him, "You are sh@t, she can say, "You are Sid," which to my ear sounds much better.

Visit the other Corner view bloggers to find out what they've been reading:

The theme of this week's Corner View is evening. In hot countries like Oman, evening is definitely the best time of the day. I like to stroll along the beach, past the coconut palm trees and watch the sun set over the Indian Ocean, as flocks of gulls and terns fly by, occasionally diving into the sea for their last meal of the day.

There are none of the long drawn out summer evenings that you get in more temperate climes. Here you just get an hour or two between the intense heat of the afternoon and the black of night, so you have to make the most of them while they last, as sunset in the tropics isn't going to hang around for anyone. At the exact moment the sun drops below the horizon there is the ubiquitous call to prayer from the nearest minaret: 'Allahu akbar. Hayyia 'ala salah' (God is great. Come to prayer), and the local youths stop their games of football and drift towards the mosque, while the Swedish tourists, roll up their towels, pick up their paperbacks and suntan lotion, and head to the hotel bar, where I occasionally join them, as they make a mean Mai Tai in the Dolphin Beach bar. 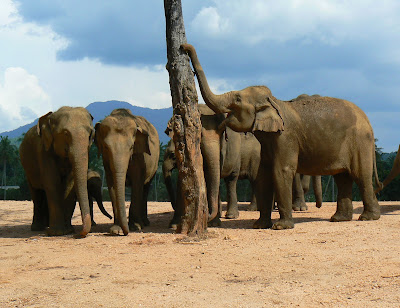 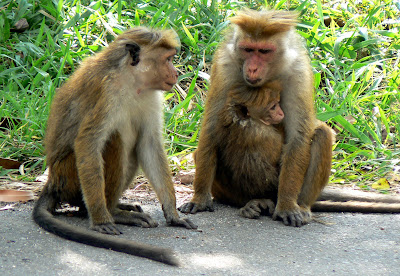 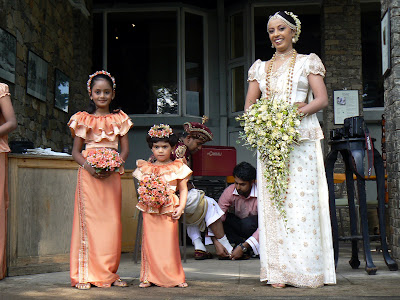 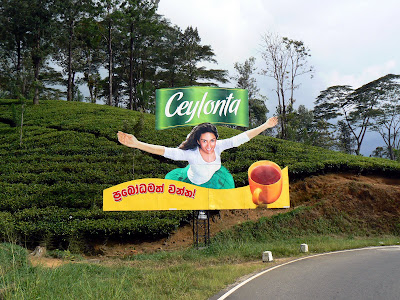 I'm just back from a trip to Sri Lanka.