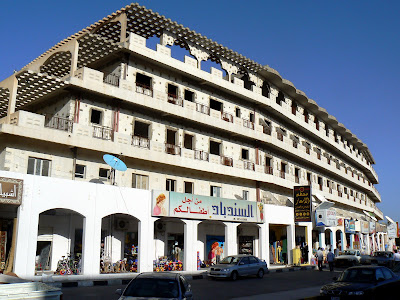 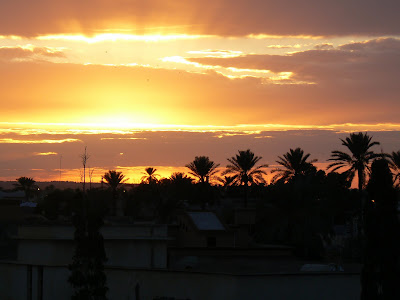 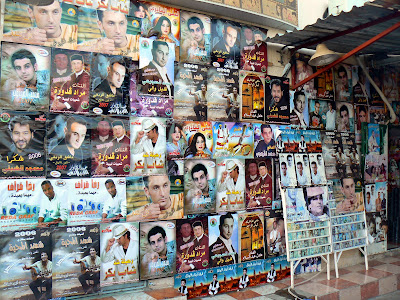 Great advertising at a CD store 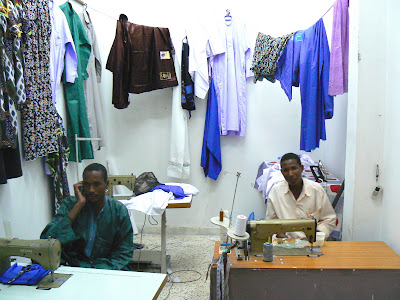 A tailor's shop. Many of the workers came from neighbouring Chad or Niger. They are nearly all now refugees desperately trying to escape. 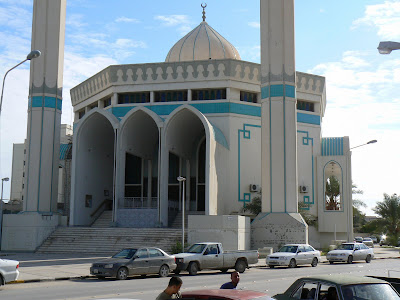 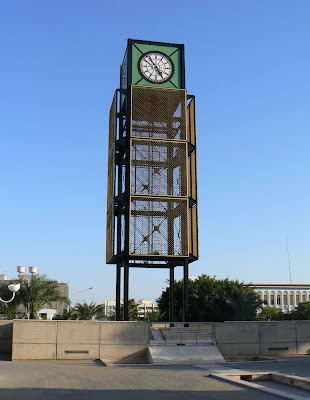 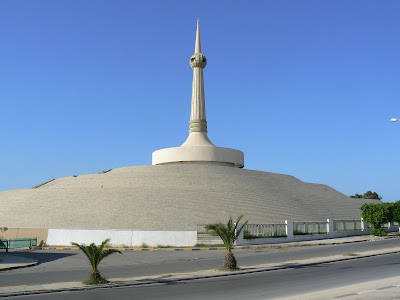 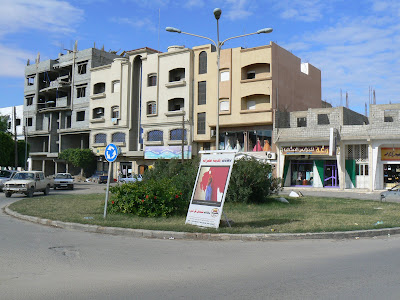 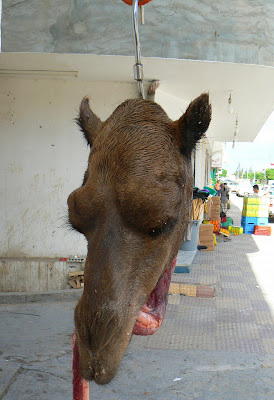 A camel's head outside a butcher's shop. The head of any freshly killed animal would be hung outside to attract customers. 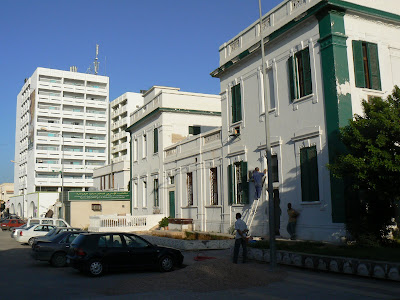 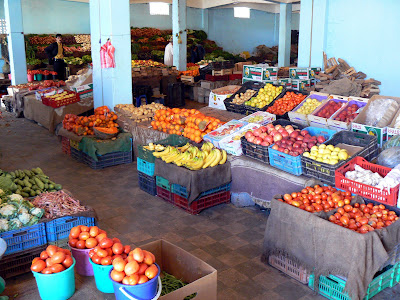 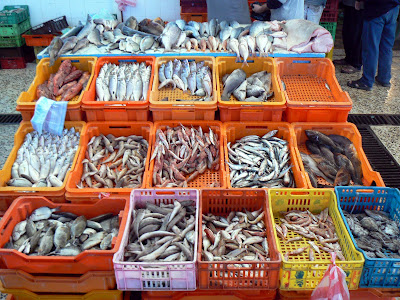 The fish market in downtown Misurata 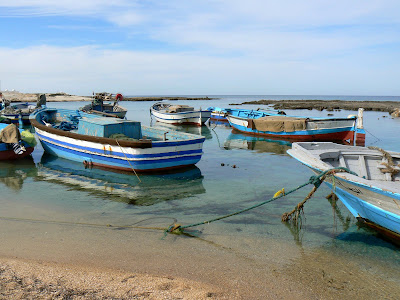 The fishing harbour just to the west of the city. 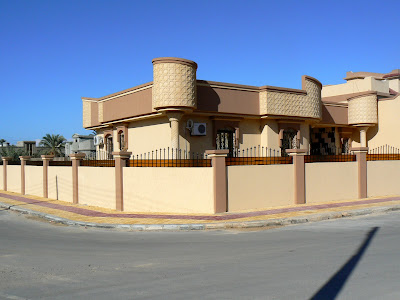 My house in Misurata. It looked like a chocolate and coffee cake and cost a fortune to rent as decent accommodation was in short supply. 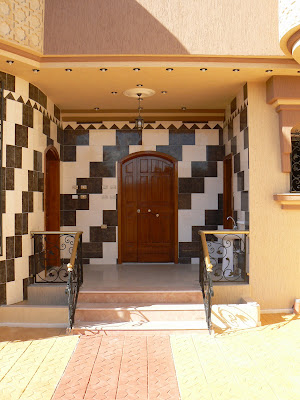 The entrance to my house. Note the washbasin on the right where people could wash their hands before entering!

I've noticed that a lot of the visitors to my blog recently have been searching for photos of Misurata, which is a Libyan city I lived in for one year. Sadly, it is the focus of attention of the world media because of the fierce fighting that is taking place there right now.

The first thing you will probably notice about Misurata is that nobody is sure how to translate its name into English. You will also see it written as Misrata, Misratah, Misuratah or even Masratah. However you spell it, it is the third largest city in Libya with a population of 400,000.

Misurata is on the Mediterranean, 211 km East of Tripoli and 825 km west of Benghazi, but the city seems to have turned its back on the sea. Unlike Tripoli or Benghazi, it does not have a seafront and you could easily spend a day or two there without ever seeing the sea. When I asked why people didn't live by the sea, I was told that it was too windy and cold there.

It is, first and foremost, an industrial and commercial city and has the country's largest iron and steel complex, but little of interest to detain a foreign tourist. It does, however, attract large numbers of migrant workers from Egypt. Chad and Niger. The city's main tourist attraction is the Ghoz Ateek Tower, which is a monument to local residents killed by Italian firing squads, If you stay at the city's main Ghoz Ateek Hotel, you will be right next to it. There are also a few Italian colonial buildings in the downtown area.

Misurata can be used as a convenient stop by someone travelling across Libya and, as it is slightly nearer to Leptis Magna than Tripoli is, Italian tour groups visiting the ruins sometimes spent the night there. It is the most conservative city in Libya and you will never see a local woman with her hair uncovered. In fact you will rarely see a woman out at all in the city centre after sunset.

People there were generally friendly but if my wife went out alone, local schoolboys would throw rocks at her and cars would stop so the drivers and passengers could hurl abuse at her. Women were not supposed to walk outside , especially after sunset. I also experienced the rock throwing when I went out jogging. I think this was the result of the anti-Western propaganda they were subjected to by the Gaddafi regime. The people I worked with and knew personally were very nice and I hope that none of them get injured or killed in the current fighting. It wasn't an easy place to live in and conditions there can only get better if Gaddafi is overthrown.